When You Mix Military and Health Bureacracy 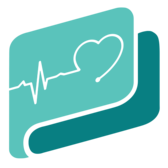 The US Department of Defense (DoD), Coast Guard (USCG), and Veterans' Affairs (VA) are replacing thei